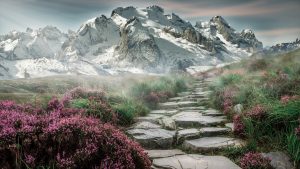 The rain forest in Borneo are being ruined due to companies tearing it down for oil palm plantations. Consumers around the world use countless of products that contain palm oil. This includes everything from chocolate bars to toothpastes, and this is why consumers hold the key to preserving and protecting the Borneo rain forest.

In modern history, palm oil is one of the top oils in society. In fact, it produces over a $40B per year business. It is found in everything you can think of, such as shampoos, margarine, Nutshell and much more. Palm oil is found in abundance in Doritos.

The oil is what gives chocolate bars their sheen, and without the oil chocolate bars would simply look like mud. In India, Ghee was the main cooking oil used, but that’s been replaced with palm oil. India is now the largest consumer of palm oil, which is derived from the nuts that come from the oil palm tree.

The tree is called Elais Guyanensis, which originally found in the western part of Africa. However, now the trees are grown in areas within 5-10 degrees south and north of the equator.

Dipterocarps, which are trees that grow two-winged fruits, are found in abundance in Borneo. This is why it’s considered the world capital of them. The trees tend to be found in tropical lowlands. There are around 380 of them in the existing 500 species of it.

Two-hundred and fifty of them can only be found in Borneo, and this includes the tallest tropical tree in the world, Shorea faguetana, located nearby the highest mountain in southeast Asia. Around 10 of the dipterocarp tree species are highly sought after by logging companies because they have gorgeous hardwood. Most of the logging companies are owned by the Chinese, and China is the primary market for lumber that comes from the region.

There are a number of moths and butterflies found within the rain forest. Not only that, but Bornean wild pig calls it home. Orangutangs can be found throughout the forests of Borneo.

Hunter gathering tribes live on Borneo. They use blowguns to get their food. Not only that, but they have over 1,000 names for various tress.

In the heart of the island is where many hunter-gathers can be found. They use blowguns (as previously mentioned) and they leave dozens and dozens of signs of folded leaves and bent branches for one another throughout the forest. They have approximately 1,200 names for trees and the spirits associated with them.

The cicadas sounds off at the beginning of the day and at the ending of the day. Furthermore, there are various bird species that sing their hearts out throughout the day. So do an abundance of insects and bulbuls.

Unfortunately, more and more species are facing extinction. This is due to the peat forests being ripped down have been a huge problem, even though burning and clearing forests out have been banned. Plus, the commodity is very lucrative, so there is a degree of corruption that surrounds it.

Furthermore, species are wiped off the face of the earth before they are officially discovered. This is one of the worst forms of extinction. A sustainable form of palm oil is nowhere in sight, as of now.

Some companies are thought to have laundered profits from logging and from palm oil. Not only that, but it is thought that the former chief minister and his families have profited off of these activities. In fact, some of the profits have been thought to have been funnelled into developments as far as Ottawa and in the Arizona Desert.

It is important to keep up at the latest developments on the situation in Borneo and that awareness is continued to be raised.