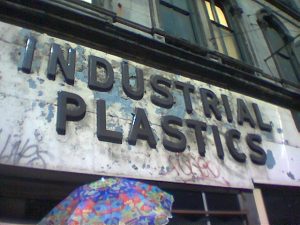 In this post, we will be discussing the way that plastic has fallen in demand, and how it will affect our country along with our fight against Covid.

Falling Demand for Plastic This Year

LyondellBasell Industries has given a warning that the demand for plastic will carry on falling this year, even though there is now a greater use than ever for face masks, food packaging, and many other “single-use” items to help slow down the threat and spread of Covid-19.

The US-listed chemicals group has predicted a 15% fall in the consumption of 2 of the most popular material types, as more and more people are buying fewer household appliances and automobiles due to the pandemic.

A fall of this magnitude is a sign of a very rare retreat from a substance that was once proliferated with the continuous increase of living standards across the globe, yet it is also linked to drastic environmental damage due to throwaway and discarded products.

Plastics usually won’t decline, even in a recessionary period. We have the data that displays the worldwide demand for polypropylene and polyethene over the past 25 years. 2008 was the only year we saw a decline in demand (during the global financial crisis), Bob Patel, the chief executive of LyondellBasell, told the Financial Times.

This downturn has immensely heightened the risk of a plastic oversupply, following significant investments in the last 10 years into the latest petrochemical complexes.

Long-term Trends in Supply and Demand

The long-term, trend-line growth has been around 3.5% to 4% globally.

In the US, over $200bn was promised by several companies including Royal Dutch Shell, ExxonMobil, and Dow for massive facilities that are constantly fed raw cheap material derived from shale-extraction.

This has resulted in a rise in polyethene, which is commonly found in products such as pipes, shopping bags, and packaging film. ICIS, a data provider stated that around 105m tonnes were already produced in 2019. Polypropylene, used in shampoo bottles, car bumpers, and crisp packets, stood at around 75m tonnes.

With many coffee chains now using disposable cups due to hygiene grounds, and bans on single-use items like stirrers and straws delayed in certain countries due to the disruption that the coronavirus has caused, many environmental campaigners have feared a drastic setback linked to the fight against “plastic waste”.

COVID-19 has also created demand for different polymers; for example, those used in personal protective equipment which includes hospital gowns and gloves.

Yet for most of the producers, this has become overshadowed by the decrease in areas like aerospace, construction, and automotive sectors.

Mr. Patel has stated that the chemicals sector has experienced “2 black swan events”. The first was the crash of the oil prices and the second was the Covid-19 pandemic, which has pulled down the amount the chemical suppliers are allowed to charge for many substances associated with this fossil fuel.

Before these events, values for specific benchmark plastic grades were already falling to multi-year lows.

This year will be extremely difficult when it comes to earnings that are predicted to be around the same as the 2008 to 2009 period. Mr. Patel does say that he feels the worst is now behind us, and the focus is now more on how quickly we will recover.

He also states that this time-frame of challenging profitability and margins is going to lower the global new supply.

Ciaran Healy, one of the analysts at ICIS, mentions that there is probably going to be a “significant negative effect” on the commodity polymer manufacturers, with a few that may possibly register a loss during the Second Quarter.

He adds that he expects that the effects of this crisis will hang around well into 2021. When it comes to returning to satisfactory profitability levels, this is going to take a lot longer.

Mr. Patel states that the negative impacts on plastic in 2020, may end up being less severe provided we can avoid another major virus outbreak. He ends by saying that as the reopening commences and with summer just around the corner, he thinks the demand for industrial plastics may experience a surge.