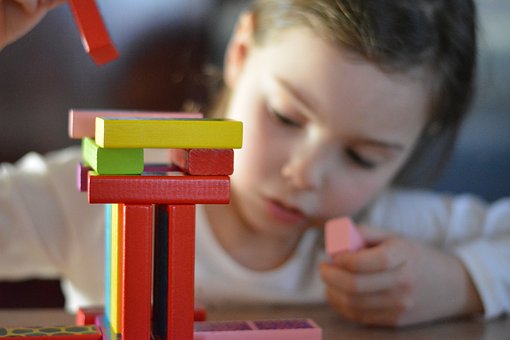 Hurricane Katrina hit the Gulf Coast in 2005, leaving 1,800 people dead in its wake. An estimated 372,000 children are said to have been displaced from their homes in the aftermath of the devastation left by the storm. Over 200 public schools were destroyed and those that were left standing were shut down for weeks after the storm. After the floodwaters receded, most displaced children were eventually placed in new schools. However, the impact of the disaster lingered on. For a long period after the event, many children showed signs of anxiety and some suffered from depression and post-traumatic stress. A study conducted 5 years later found that of those children displaced, more than a third were found to be academically at least one year behind those who had not been affected by the disaster.

It may seem that a tropical storm has little to do with a viral pandemic, however, with the worldwide shutdown of schools that has left more than 1.3 billion children without education, natural disasters like Hurricane Katrina can help provide useful insight to researchers into the burning question that they and lock-down parents alike are asking: “what long term impact will the Covid-19 shutdown have children”?

Initial signs are not at all encouraging. Studies conducted on the after-effects of disasters like earthquakes, hurricanes, and epidemics have shown that these events can be severely detrimental to the mental health and educational attainment of children who experienced the disaster. According to Lisa Gibbs, the director of Jack Brockhoff Child Health & Wellbeing Programme at the University of Melbourne, “What we have found is that, even though the particular characteristics of the hazard are very relevant when it comes to recovery, human impacts are usually quite consistent”.

Although many schools have resorted to some form of distance learning during the pandemic by providing learning material through online portals like Google Classroom or teachers giving lessons over Zoom or YouTube, the evidence for the success of online learning as a substitute for attending school is mixed. In addition, adopting distance learning is likely to exacerbate a well-established pattern that usually occurs during natural disasters: that people from disadvantaged backgrounds are often those that are most affected.

The Effects of Online Learning

While it is impossible to estimate how each child will cope with online learning during lock down, according to data from a survey conducted by a teacher polling app from The Sutton Trust & Teacher Tapp, in the UK private school students are twice as likely to access online lessons daily than their counterparts from state schools. In a similar way, working class students were found to spend less time studying during lock down and there has been a significant drop-off in their quality of work. To help influence and keep up their abilities to learn Bilingual Nurseries where there every step of the way to ensure support and well being, and education.

The co-founder of Teacher Tapp, Laura McInerney, says they have data that suggests that 55% of teachers working in the most disadvantaged areas thought that children were getting no more than one hour of education per day or less. Students at private schools have more likely used online learning before the outbreak and more economically advantaged students more likely have tools like their own devices and reliable broadband as well as space to carry on studies from home. According to McInerney, “we are looking at a difference of 50% of private schools providing lessons from 9 until 3 every day with state schools providing less than 10% of that”.

The Re-opening Of Schools and What Lies Ahead

Schools in countries such as France, Germany, and China are starting to reopen at the time of this writing. The government has indicated hopes of slowly reopening schools for certain ages from the 1st of June providing that reopening criteria are met. Many other countries like Wales and Scotland have not indicated any clear timetable for the reopening of schools. In countries like Portugal, Italy, and US states like California and New York schools are expected to remain closed until at least September.

When advising governments on planning for post-disasters, Gibbs typically recommends a 5-year recovery period. However, that period could be longer for the corona virus outbreak, particularly if the world is tipped into another recession by the pandemic. Gibbs says that while the lessons learnt so far from the disaster research may seem bleak, there is an overall message of hope. Despite the severe toll on children, most seem to recover, eventually going on to lead normal happy lives.