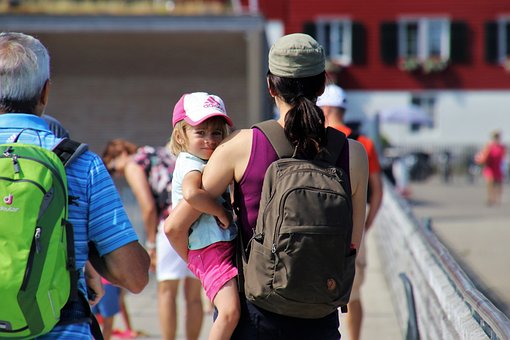 As COVID-19 hit, many nannies were seen as disposable employees instead of as essential workers.

Some found themselves laid off while others were laid off without any type of severance. More than a dozen Caribbean nannies passed away due to COVID-19 according to The Cut.

Schools closed around the country due to corona virus, and nannies, who were used to living in their own homes, were told to move into client’s homes in order to take care of their employer’s families. These nannies were often required to make a choice between financial security and the health of their own families.

Often, they were told that they had to move along with the family that they worked for if they wanted to be able to keep their job, and if they did not, they would be let go.

In other cases, nannies had to struggle to use public transit to get to and from their job, while worrying about potentially contracting COVID or bringing it home to their own children.

The Demographic and the Outcome

The majority of individuals in this demographic are female, and 75% of domestic employees are the primary breadwinner for their family. The median age for domestic workers is 45, and many are Asian, Black, or Hispanic.

Numerous domestic workers were out of work during the week of March 30, 2020, and the number increased dramatically in the following weeks.

Nearly a third of domestic workers are born overseas, and almost one in five is not a United States citizen. Many nannies are paid illegally or off the books according to the International Nanny Association, which makes them ineligible for benefits, stimulus checks, or unemployment insurance.

The Insecurity of the Pandemic

The pandemic has created a large amount of economic insecurity throughout the world.

For a group that regularly deals with low wages, poor job security, and no benefits, COVID-19 has led to immense financial insecurity and is leading workers to question how they’ll be able to afford housing, pay their bills, and feed their families. One place they can track of their finances is Nanny PAYE Services, they look over the taxes and pensions also.

Domestic work in our country has been dramatically undervalued, and many of these workers are suffering during the pandemic.

Domestic care can mean newborn care and feeding, early childhood development, and more. But often, individuals don’t see the work as deserving of true compensation because it happens in the home, and the home isn’t typically seen as a workplace. This invisible labour goes unseen and is often poorly paid.

Unfortunately, these issues have their roots in gender inequality and racism. This type of work when it is carried out by women from other cultures may not be recognised as “real work”. Nannies quietly take care of children in the home, and the work becomes invisible, even though they enable other workers to get out of the home and do their jobs.

The Future and Its Outcomes

As corona virus restrictions begin to lift, some nannies are being called back to work, which can be a cause for concern as there is not yet a treatment for the virus. COVID-19 doesn’t discriminate, and one person is at much at risk as the next. Nannies are at risk of catching the virus while they’re commuting to and from work, and they could expose the families that they care from, as well as their own family. It’s important to educate everyone about how to limit the spread of the virus so that we can all stay as safe as possible until the pandemic is eventually under control